﻿﻿Richa﻿rd Rohr- The Unitive Unconscious
The Franciscan friar and teacher describes how Buddhist teachings and practices can help Christians get in touch with their mystical roots. 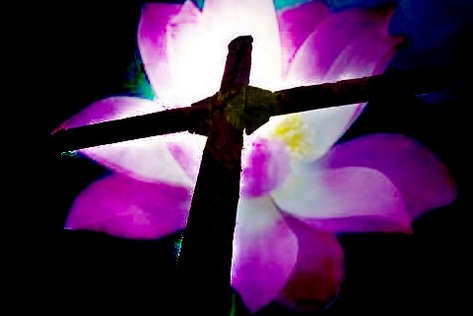 Paul Knitter, a theologian friend of mine from Cincinnati, wrote an insightful book called Without Buddha I Could Not Be a Christian. In it, he explains that Buddhism teaches "practices that will help Christians draw on the mystical contents of our faith. Buddhism can help Christians to be mystical Christians . . . to realize and enter into the non-dualistic, or unitive, heart of Christian experience--a way to be one with the Father, to live Christ's life, to be not just a container of the Spirit but an embodiment and expression of the Spirit, to live by and with and in the Spirit, to live and move and have our being in God."  Like the Christian contemplative practices we've explored this year, Buddhist practices such as meditation, silence, and living mindfully help us encounter the deepest, truest reality--our oneness with God.

Knitter writes, "True, what Christians are after is different than what Buddhists are after. For Christians, it's identification with the Christ-Spirit. For Buddhists, it's realizing their Buddha-nature. And yet, both of these very different experiences have something in common: they are unitive, non-dualistic, mystical experiences in which we find that our own identity is somehow joined with that which is both more than, and at the same time one with, our identity. This is what the Buddhist practices are so good at--achieving such unitive experiences in which the self is so transformed that it finds itself through losing itself."

Knitter paraphrases Raimon Panikkar, a Roman Catholic priest, theologian, and advocate of inter-faith dialogue, by describing true non-duality: "the interrelating partners are not two. But neither are they one! Can Christians say something similar about the relationship between God and creation?" [3]

Finley continues, "Thomas Merton realized that people of different religions were not other than me, and how I treat them I'm treating myself, and as Jesus says, I'm treating Jesus. That's the social consciousness dimension of contemplation."