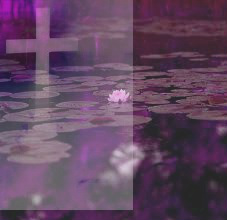 Joan Chittister- Practice compassion and someday you will
become  it


A Benedictine Sister of Erie, Joan  Chittister is a best-selling author and well-known international lecturer on  topics of justice, peace, human rights, women's issues, and contemporary  spirituality in the Church and in society. In this article she reflects on her experiences in attending the
opening of the Buddhist Dharma Drum Monastery meditation hall.

As I watched more than 10,000 men, women and children walk slowly and laboriously up Dharma Drum Mountain in Taiwan last
week, I admit to some confusion.  According to the 1908 edition of the Catholic Encyclopedia, Buddhism "has shown itself utterly helpless to cope with the moral plagues of humanity" and is  "all but dead ... Its power of activity is gone. The spread of European civilization over the East will inevitably bring about its extinction." (Nihil Obstat, 1908; New Advent online edition, www.newadvent.org, 2003)

But, I thought, as I watched the buses unload one delegation after another at the foot of the mountain, this did not look like extinction to me. These crowds of devoutly silent, profoundly religious people from all over Taiwan, all over Asia, all over the world were coming to mark the dedication of one of the largest Buddhist educational centers in the world. So much for "all but dead," I thought. On the contrary. On this day Dharma Drum Monastery,  Taipei, would dedicate the opening of its meditation hall and consecrate its  three Buddhas as only one part of an entire complex of Buddhist installations.  The Dharma Drum Mountain World Center for Buddhist Education includes a  monastery, a monastic formation center, a retreat center and a public university  that is expanding daily. All of them have sprung up in
the last 10 years.How times change.

In 1997, in fact, then Cardinal Joseph Ratzinger called Buddhism an "autoerotic spirituality" that seeks "transcendence without imposing concrete religious obligations." He also made the point that, by the year 2000, Buddhism would replace Marxism as the church's biggest foe. (See NCR Vol. 35,  No. 17, Feb. 27, 1999). Foe? I didn't see any "foes" here.

The Sufi I met is reading Thomas Merton. "Profoundly spiritual," he says of him. The Muslim scholar was the only male religious figure I have heard in 35 years call for the complete elimination of "sexism and the suppression of women that has been justified by the need to 'protect' them." The Jewish rabbi looked at a Palestinian woman and confessed that he "knew" the suffering of which the woman spoke but had yet to "feel" it enough. The Hindu swami called the group to "fake it till you make it." Practice  compassion, he said, and someday you will finally become it. The Orthodox monk  talked about the common religious mind and the American-born Japanese Zen Master  apologized to the entire audience for the "sins of the United States against the  rest of the world through U.S. foreign policy, global
policies and the invasion  of Iraq." The Buddhists called only for mutual respect, universal compassion and  spiritual oneness.

Apparently, as difficult as it may be to explain, the Catholic-Protestant divide has, in the mind of at least part of officialdom, been supplanted by a Buddhist-Christian watershed. This may be right. The one problem is that where we seem to be intent on emphasizing the differences between us, the Buddhism I saw in Taiwan is more intent on affirming the unity of spiritual peoples.

If love is a threat to Catholicism and the Buddhists keep operating in the world with open arms and smiling respect for all the peoples of the world, the message of Catholicism -- that God is love -- may find itself better preached somewhere else. While we continue issuing theological threats and setting up barriers between peoples in the name of salvation, we are going to have a hard time convincing anyone that "Jesus is the universal savior." While one part of the world goes on operating as if we were all different, this part of society is already acting as if, on the contrary, we are all the same. While we talk a lot about the planet getting "smaller," and the world being a "village," and the connectedness of the human "family," -- metaphorically, of  course -- I was watching it operate -- in reality -- last week.

The center opened with a symposium of international, inter-religious leaders on the topic of "The Rising Great Compassion." Dharma Master Sheng Yen, the founder of Dharma Drum Monastery and a new level of "engaged Buddhism," talked over and over about the need for all religions to come together "to lead people to universal care and ecological sustainability for the planet and all the sentient beings of the world." What's more, Dharma Drum itself embodies the very ideals it preaches. In the first place, people of all denominations flock to the center for retreats and centering time designed to "change the attitudes" that make the human devastation of the planet possible. In the second place, Dharma Drum associates themselves go around the world, giving physical aid, spreading compassion. Finally, they live an ecologically sound life and train others how to do the same. 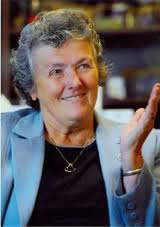 Sr Joan Chittister
In this vignette of universal respect and common ideals, I saw with my own eyes the struggle for the human soul that is going on in the politics and ecclesiastical imperialisms around us. I got a glimpse of a new creation. But, at the same time, I could feel myself still stuck knee-deep in the detritus of a world intent on maintaining old divisions and bolstering old arrogance.

In this country, for instance, we intend to bring the world together by bombing it into submission. We are more than ready to "spread" democracy by the sword. We are fast becoming a political theocracy whose respect for the moral judgments and theological perspectives of others is being lost in the throes of a Christian fundamentalism of all denominational stripes that is every bit as intolerant as any Jewish, Muslim or Hindu radicals around the world.  As the world is getting "smaller," so too, it seems, are we.

From where I stand, the "Rising of the Great Compassion" is not a case for the rising of some kind of new Holy War. It is a call to all the rest of us to draw from the best of what we are as Hindus, Jews, Buddhists, Muslims and Christians together to be more truly religious than
simply this century's new religious warmongers. Instead, the Buddhists are calling the rest of us to remember that what religion is, so shall the world be. Most interesting of all, perhaps, -- judging  by the million adherents around the world who claim membership in this one  Buddhist tradition alone -- they are anything but defunct.